It is not the “no cars” policy or nice beaches or its history that make it unique. It is because of the positive energy!

From our very first visit there, a magic feeling surrounded us. Perhaps it is due to its unique architecture and the graphic scenes throughout the Island. A stroll through the town's picturesque stone streets, convinced us of its uniqueness.

On the Island we enjoyed romantic walks, calm life, cultural moments and a bit of cosmopolitan night life.

The town which is the centre of the island, is built amphitheatrically around the port. It looks glamorous like an art-paint, with grey, white and blue colors above the blue of the sea, an exemplar of architectonics and aesthetics. Main characteristic of Ydra is that there are no wheeled vehicles. Our transportation to 4 out of 6 Monasteries, to 3 out of 300 churches and to our favorite beaches has been made by walking (I lost 5 kilos in 15 days), donkeys, taxi boats.

Ydra has got a lot of beaches: rocky, sandy, organized, quiet, family, blue or green water. We have visited most of them starting from Spilia and Ydronetta and Kamini, which are close to the town and except crystal clear waters we found coffee shops, tavernas and beach bars.  We have also visited Vlichos, Bisti, Saint George, Nisiza, Klimaki, Mandraki and Saint Nikolaos (by taxi boat). After our beach search we choose Saint Nikolaos. It is a pebble beach with crystal clear waters, surrounded by pine trees, quiet and sufficiently organized.

We enjoyed authentic and traditional food of good quality to the tavernas and restaurants of the harbor, as well as modern bars and coffee shops by the sea. 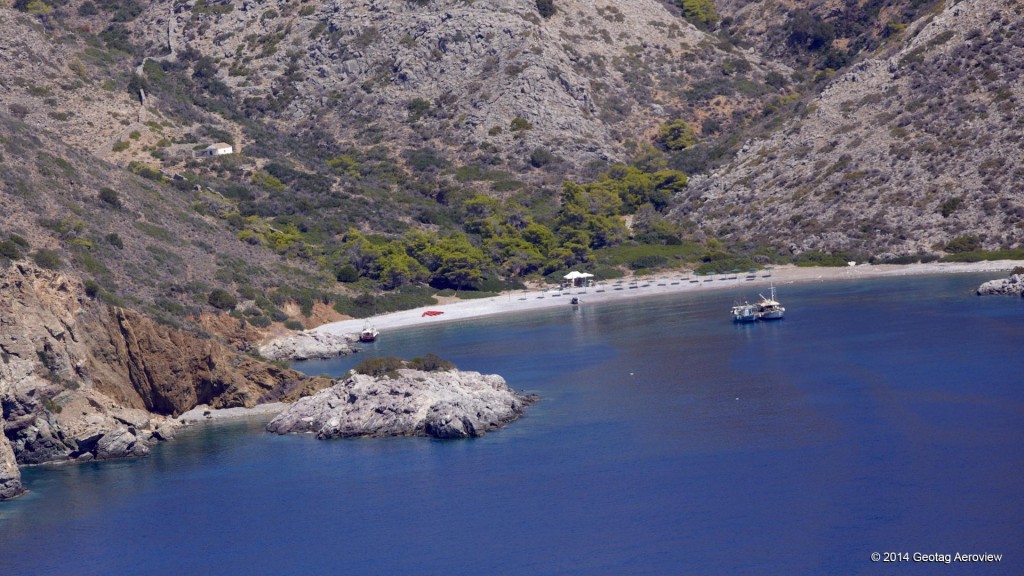 A bit of history

Hydria, as Herodotus used to call the island of Hydra, around the 13th century, became the place of Driops farmers, fishermen and shepherds, who used to live to the Parnassus and Oiti mountains. With the descent of Dorians, Driops are disappearing and so the life in the island. After a long period of silence Hydria came back during the 18th century taking advantage of the English-French war and earned for themselves great profits, by controlling the sea commerce. It was that time that Ydra was blooming in export trade and commerce. From the decade of 1950 Ydra was discovered by artists and producers of movies and since then the island was transformed to a cosmopolitan and most beautiful tourist center. Ydra, from the 50's, has been one of the most important cultural centers, which has been gathering famous personas of Arts and Literature from Greece and abroad.

Enlightened by a golden, on our boat back home we have promised each other to come back some years later (probably in 2020) and live in Hydra for the rest of our lives. As we have realised some days later, during a gathering, the majority of our friends has the same dream!

Find more in www.tripinview.com and Build your trip