New York: traveling outside the Mediterranean at Springtime 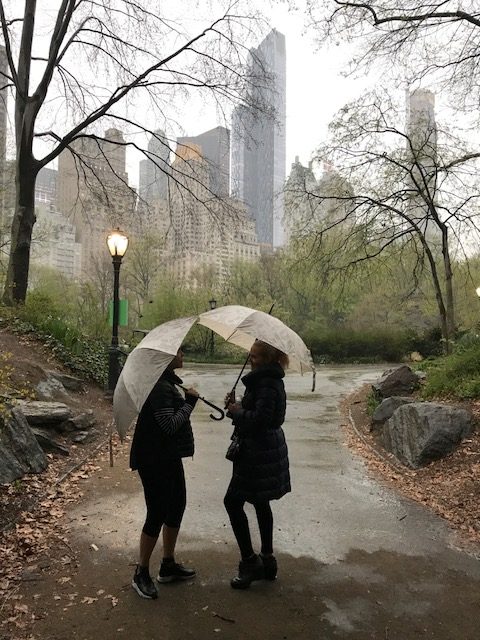 New York out of the blue: Suddenly, an amazing proposal by a very good friend. A 10 days leisure trip. Destination: N. York and Miami. Season: Springtime.

Airlines ? Nice and cool Emirates, a direct flight from Athens and on top of it, a business class ticket.

Could I think of any better? 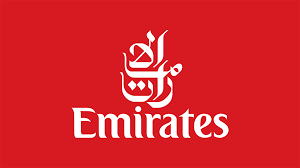 The flight from Athens to New York

In Newark airport all procedures are easier, the area much closer to Manhattan and the traffic also reduced, at arrival time  23.00 pm.

Where is the dark point of the story? Hmmm. Here we are. A long undersea tunnel that you have to cross (any idea about claustrophobia?) in order to reach the ultra-desired destination.

Consider some delay, due to airport control and baggage claim and you can check your mattress just after midnight. Perfect timing. I slept well and next morning I woke up relaxed, happy and hearty, no jet lag, nor headache. The world was mine.

Where to stay in New York? Plenty of info, no worries. Test your taste and your money. Vast lists of choices, value for everything.

If you ask for me, I am a bourgeois, so 57th street was perfect. Strategic point for my plans.

And after being happy with the location what is the next concern, normally? The weather my friends.

Much more complicated. Late April you have everything on the menu. Cold and rainy weather an hour ago, sunny and warm right now. And later on, who knows? Do not mess with God and do not blame me either. I was an unexpected tourist, so I had to improvise with style. Advise: Do not carry on your luggage umbrella(s); in case of rain, buy a small one, for 5 dollars, in the next corner, from a Chinese street merchant.

Are you a first time visitor and interested in famous exhibitions, museums, musicals, performances private shows and trendy restaurants? Once in a while things change, so you can consult dozens of N. Y. websites, such as Time Out, Where etc.

Since I am a New York addicted visitor, I tried to please my eyes and senses with street culture by simplifying my life. No strict time commitments, no stress, no Opera, no big museums, no big stores. 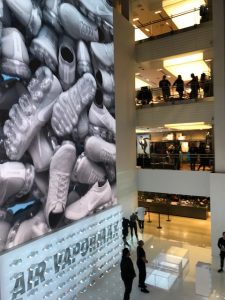 For the old time’s shake, I made small exceptions. “Nike Town” was too close, East 57th street and also I could not resist the 24 hours open “Apple Store” Fifth Avenue.

My first day was a real spring dayIt is a long time since my last visit in this wonderful city, so I “consumed” more than 25 kilometers rolling like a butterfly. Since the weather was by my side, I browsed in little streets in Chinatown, I watched the open markets, the typical Chinese food stalls, I bought cheap little things at the small grocery stores, I was amused by an extremely busy and noisy atmosphere. But on top of all, my western oriented cultural perception made me smile with the aesthetics, the contradictions and the trendy, lately, kitsch looking store signs. 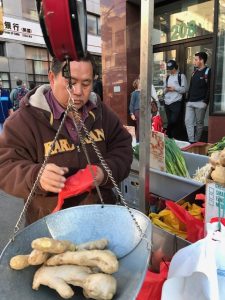 Then I whispered “Torna a Surriento” and other old Neapolitan songs as I crossed the tourist restaurants in Little Italy and I got pictures near the Brooklyn Bridge.

Central Park through my eyes

Do you overact when you travel? Well, I do. So I was not surprised when early next morning I found myself walking in the rain {really heavy rain} in the center of Central Park, merged with an amazing Universe. Squirrels, horses, coaches and coachmen, porters, street-cleaners, food suppliers, athletes, joggers with dogs, and me, all together enveloped in a thick fog and a rich of oxygen atmosphere. .

An 8 o’ clock black American coffee, at 1 Hotel, Central Park, Sixth Avenue, with a scrambled eggs breakfast, drove me to heaven. Times Warner Center is close enough to spend an hour or two, waiting for the sun to come out.

Lucky me! I walked all the way to W. Broadway and I got stuck at the small streets of fashionable Tribeca with the cozy park, in the middle of lower Manhattan. I had a spaghetti snack at the Italian wine restaurant Terra. My sunbathed little table was placed in the corner of 222 Broadway and Franklin street. I ended up at the famous and impressive WTC transportation Hub in Ground Zero, designed by Santiago Calatrava and I spent a couple of hours walking around. I took my time at the extraordinary and impressive memorial for the Twin Towers among dozens of tourists. Also I got pictures of the Orthodox Church of St Nicolas, which is still under construction. 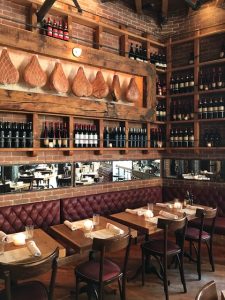 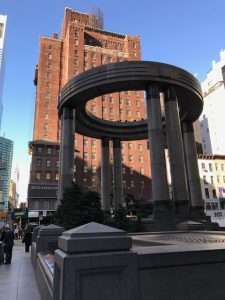 N.Y. has many of those 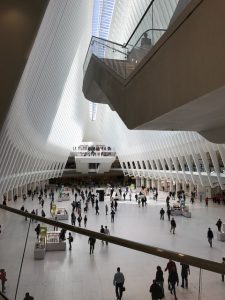 Inside to Calatrava's WTC hub 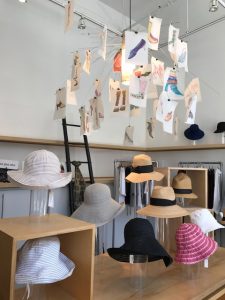 Please avoid my mistakes. Never do the hop-on hop-off bus tour on Fridays. It is a mess. You will never arrive anywhere. I was stacked in lower Manhattan zone, and finally I left the bus very disappointed. The worse was that I booked for the long route and I spent 65 dollars for nothing.

Another very interesting and trendy place is the Meatpacking district:.. During the day for shopping, during the night for dinning and clubbing. Make a stop at the Rag & Bone shop for hipster clothes and a coffee, next to Warby Parker, a nice shop for sunglasses.

Dean and Deluca is my favorite super gourmet deli Soho store Why? For the set-up, the products, the variety, the “couleur local”, the service, the cooked food, the flowers and the people you meet there. And maybe because of the best Quiche Lorraine I ever had.

From my Soho exploration I can tell you that Mercer hotel and its restaurant is also an ideal place for lunch or a coffee break. 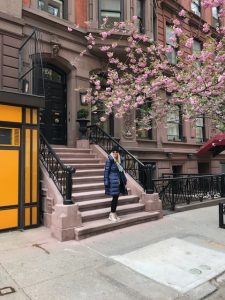 I got disoriented and lost in the small roads of Greenwich Village, but who cares? This is the best way to know a place. Village is developed in a very friendly way for its inhabitants. Quite, green, with low buildings, small stores, no tourist buses, and lot of bicycles. If you take the Bleecker strt, do not forget the old and famous Magnolia Bakery, for the cupcakes. Wander around and you will discover your own spots.

New York has over 30.000 restaurants. Everybody claims he knows the best. No doubt that anybody, even the most demanding, can find plenty of restaurants to match his taste. 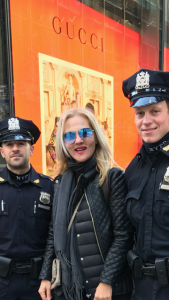 In front of Trump tower

This time we have chosen a Japanese restaurant, downtown. Then, the “Indochina” with elegant people and atmosphere. The “CUT”, in Four Seasons Hotel, the “Standard Grill” and a vegan in Tribeca. We had lunch in “Nello s” since we were in Madison Avenue, because girls love browsing in fashion houses.

We had plenty of street food and we visited a cheap and tasty pizzeria at 57th and Lexington.

Do not expect me to tell you all my secret places in the magical city. Let yourself to discover the surprises which are waiting for you everywhere. It is a matter of mood and timing.

A last minute tip before I leave you. Missing my return flight, I discovered a huge discount Mall near the airport. The Mills at Jersey Gardens. Big time my friends. 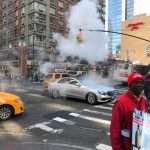