Thessaloniki has always an open invitation for you

Thessaloniki is an iconic place, a major-busy port at the top of the Thermaikos bay, and also the capital of Northern Greece in Macedonia. It is a crossroad of civilizations, a mixture of religions and cultures, an East- West meeting point, and the second largest city of Greece. 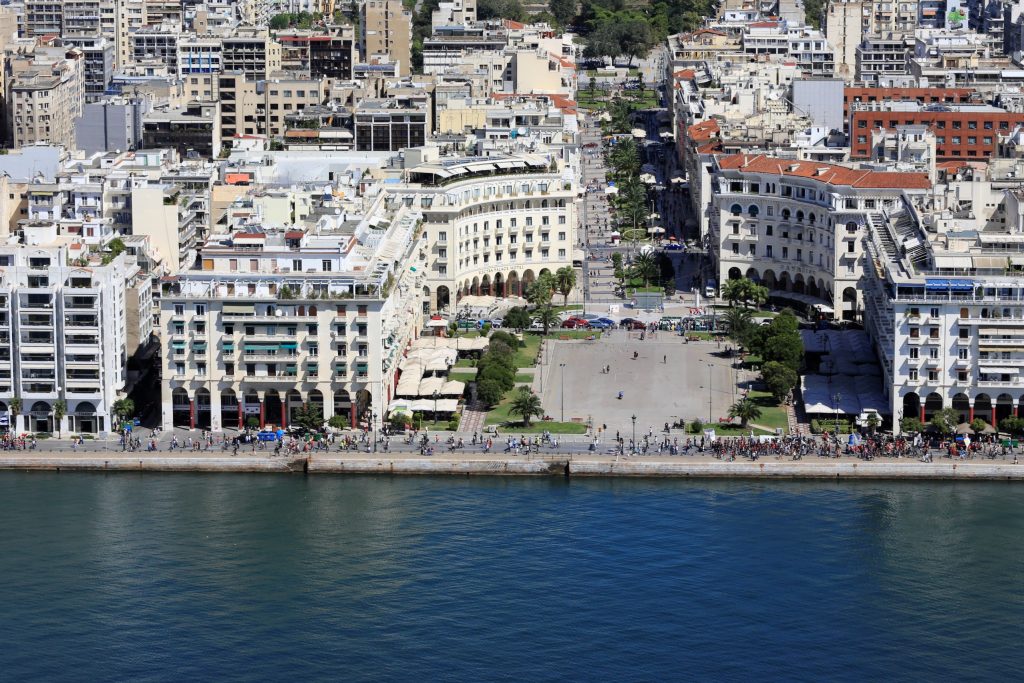 after a big fire that destroyed the major part of the ancient town. It is the largest of Thessaloniki and one of the most impressive squares in Greece with beautiful buildings. Very characteristic is the building of Olympion theatre{ headquarters of International Film Festival} and Electra Palace Hotel, with an amazing view, especially from the roof garden. Coffee shops, restaurants, bars, bookshops and jewelers are waiting for you all around.
The picture of White Tower is the symbol of Thessaloniki for sure. It was part of its defensive walls in medieval times and as a prison later. Renovated in 1985, is used today as a historical museum. 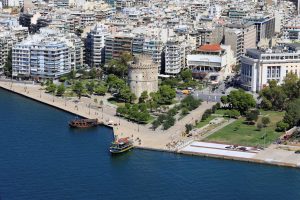 By the seafront there are numerous cafeterias, always full of young people and students, where you can have a beer or a coffee, looking at the gulf and the mount Olympos, just in front of you. Then you can take a walk all the long of the seafront, that leads you to the Opera House. It is very romantic promenade. If you feel lazy there is an alternative: make a full round in Thermaikos with the ships that are docked neat the White Tower.
One of the most interesting museums, for its history and architecture, with free entrance, is the round building of Rotonda. It is open every day and you can admire ancient mosaics and very rare murals. In the same area stands a very characteristic monument, the Arch of Galerius, called Kamara {the greek name for Arch} by the locals. Tram lines were passing under, until 1953. Now is a meeting point of students, since the university of Thessaloniki is located in a walking distance from the monument. 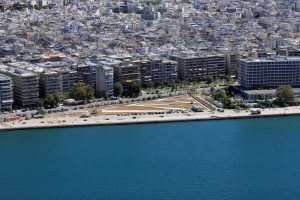 The new pier of Thessaloniki with Macedonia Palace hotel

You may find interesting information and elements about the life and history in ancient Macedonia, if you visit the Archaeological Museum, newly renovated, with many multimedia apps. Web page: www.amth.gr
Experience the magnificent view to Thermaikos gulf, from Ano Poli. It is in the north region of the city that survived the big fire of 1917, and extends up to

the Byzantine walls. It kept growing from the Hellenistic period and hides some most important monuments of the city, such as Eptapyrgion, important temples and the Vlatadon monastery.
The remains of St Demetrius are kept in a silver reliquary in the church of St Demetrius, where you can also visit the crypt of the temple and see some great m 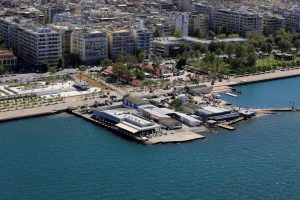 osaics from the 8th century. Very important byzantine monument is the Church of Santa Sophia also.
There are too many, too important, too interesting an too beautiful historical monuments and sites in and around Thessaloniki from different historical periods. Aiges, for instance, was the capital of the kingdom of Macedonia, and in the exclusive museum of Vergina, 80 kilometers from Thessaloniki, you can visit the unique tombs of the kings. One belongs to king Philippos the Second, father of Alexander the Great. Test your taste and interests.
The International film festival takes place during the first two weeks of November, web page: www.filmfestival.gr. The biggest commercial fair is organized every year in September. Web page: www.helexpo.gr
Once you are in the city, do not forget to visit the covered food market of Modiano and Capani to feel the spirit, drinking an “ouzo and mezes” typical food and drink in small restaurants.
Thessaloniki has a certain culinary tradition, influenced by Constantinople, Pontos, northern Greece and Balkans. If you want to taste , try the Ladadika distict, Bit Pazar and Athos Square.
If you prefer fish, try a fish tavern in the area of Kalamaria and Nea Krini.
Tsimiski street, Proxenou Koromila and all small roads around are the best place for shopping, unless you prefer cheap solutions in Egnatias and Venizelou streets. 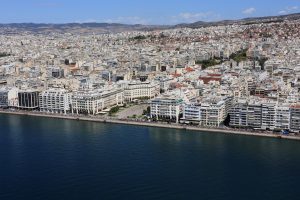 Make a break for a sweet or salty crepe in Navarinou square, among alternative little shops, artists and the ruins of the Palace of Galerius.
Hotels and accommodation is very optional in Thessaloniki, too many places, too many styles, for everybody. Be sure that it is not a congress tourism period, or try to ensure your hotel booking in case you want to visit the city during the Film Festival, or the International Fair.
During the summer it is a good idea to visit the region of Chalkidiki for its beautiful blue beaches, where pine trees reach the level of the sea. Many details for the various ports ans bays and beaches, isolated or crouded and the hotels you can find there, are to follow.